It is highly likely that every supporter of the Amsterdamsche Football Club around the globe would love to see the team returning to the successful ways of winning prestigious trophies. Instead, we exist in a difficult period and undoubtedly, face a little bit of regression in that department. The one thing everyone here can continue to be proud of, no matter the circumstances, is the Ajax Youth Academy.

It is true that recent years proved to be much less fruitful than we would have imagined or expected. As the four-time European Cup/Champions League winner, we have to assume a more ambitious attitude if we want to finally get back to the European elite. The anticipation of better times is sweetened by the factory of talent that awaits in our academy. Established in 1900, it has determined the real football strength around Amsterdam on numerous occasions. Probably the most notable graduate is the legendary Johan Cruyff, who in 1974 led the Netherlands to achieve one of their three runner-up titles at world championships where he was named the player of the tournament.

Then there were strong personalities and role models for many football adepts all over the globe: Marco van Basten and his slightly younger teammate Dennis Bergkamp. More memorable names started to emerge in the years that followed: Frank Rijkaard, the famous de Boer twins, Patrick Kluivert, Edgar Davids, Edwin van der Sar, Clarence Seedorf — there was someone representing for every position. Several Dutch footballers who had been associated with the Academy also helped to shape up the Dutch national team in the 21st century as well: Gregory van der Wiel, Nigel de Jong, Wesley Sneijder, Maarten Stekelenburg, Ryan Babel or Rafael van der Vaart. Some coaches at Ajax have even had something to do with a few Belgians nationals, now believed to be among the so-called golden generation, by providing a jump start to a career as defenders. Namely, Thomas Vermaelen, Jan Vertonghen, and Toby Alderweireld. 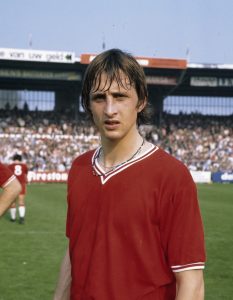 Given the current circumstances, one might be tempted to say the football stagnation trends have spread over the whole country. Our league rivals aren’t doing so well, either. The national team is outside yet another big international event. Once again, the hopes lie in the Academy. Despite not being able to see the Dutch squad in action, many football fans in the Netherlands eagerly anticipate the upcoming World Cup.

Meanwhile, there are many ways to occupy oneself and get excited in the process. You can start figuring out the favorites to back in a bet, turn to the trusty FIFA series and similar positions as well as choose from a variety of online games with football features before the first whistle blows at the stadiums in Russia. And when the moment comes, while there won’t be any Dutch players performing, Ajax community supporters might be interested to take a closer look at a few representatives who will try to help their respective countries achieve the best result possible. Our left-back Nicolás Tagliafico is among 23 called-up Argentinian players, and Hakim Ziyech is going have to be at his best to achieve some surprising results with Morocco. Above all, we should pay attention to the Danish national team, with Lasse Schone and young Academy alum Kasper Dolberg. Along with their colleagues, they will be led by another former Ajax superstar Christian Eriksen, who is often compared to the top footballers that the club helped shape into world-class players. 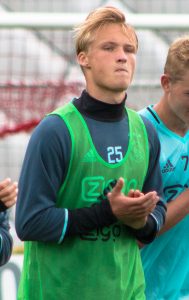 Meanwhile, the talents keep learning the ropes at the De Toekomst grounds and unavoidably attract attention from the big clubs. Davinson Sanchez was last season’s most expensive departure, going to Tottenham for 36 million pounds and was followed by longtime Ajax-bound Dutchman Davy Klaassen, who was picked up by another Premier League side, Everton. Then there were two promising youngsters: Jaïro Riedewald (Crystal Palace) and Kenny Tete (Olympique Lyon). The not-too-distant future might bring more outward transfers, as the top teams are looking closely at the likes of Justin Kluivert or Matthijs de Ligt.

In many aspects, many could argue that Ajax can once again become a successful and titled club as a well-functioning academy for discovering and polishing up football talents. With the rich history and appetites for greatness, it would be a shame to expect any less. Executives, decision-makers and other people in charge have to do everything they can to ensure the bigger fish don’t use them to shop for skillful players who they can later make part of their history.