In my last article I wrote about Ray Clarke the only Englishman I could find that had ever played for the Ajax first team. This got me to thinking if any players from the other countries that make up these Islands had ever represented Ajax. After extensive research, well Wikipedia actually, I could find no Welsh or Northern Irish players. In fact my research revealed the name of one solitary Scot, Ally Dick, (no sniggering at the back please).

Many Ajax fans may not remember or know of him as he was injured for much of the two years he spent at the club. He was however signed by Johan Cruyff which should tell you something about the potential that Dick possessed. In fact from a young age he was tipped for greatness, but due to a serious knee injury he never even got to represent the Scotland senior team and his time playing at the top levels of club football was cut cruelly short.

Alistair John (Ally) Dick was born in Stirling, Scotland on 25 April 1965. As a youngster he played for Stirling Boys Club. Blessed with fantastic touch and pace on the left wing, Dick attracted the attention of many professional clubs. However, he really came to prominence as part of the Scotland schoolboy side that defeated England 5-4 at Wembley in June 1980. That match, incidentally, was watched by a crowd of 69,000 with many millions more watching on live television. It’s sad that in these days of Premier League domination, schoolboy football no longer attracts that amount of attention. Still I digress.

After that game, Dick, had a staggering 42 offers from professional clubs. The club he chose to join on leaving school was Tottenham Hotspur. He made his first team debut for Spurs at home to Manchester City in February 1982. Remarkably he was just 16 years and 301 days old. At the time he was the youngest ever player to appear in the Tottenham first team.

In 1984 Dick won a UEFA winners medal as Tottenham beat Anderlecht on penalties. What happened to Dick that night is an example of how the care of players has improved immeasurably in the modern game. Dick came on as a substitute with 17 minutes of normal time remaining. He tore his right knee ligaments after being on the pitch for only 10 minutes. There were no more substitutions left and with extra time looming, he was told by the bench that he would have to stay on the field and see it through. After the match he apparently complained to his physio about the pain in his knee, but was told to forget about it, enjoy himself and to come in for treatment the next day. Instead he ended up in hospital having an operation on the knee.

After the UEFA cup final, another injury, this time to his ankle, and the arrival of Chris Waddle at Tottenham limited his future prospects and led to him leaving the club after just 25 appearances. What happened next is an example of the sectarianism that existed in Scotland and particularly Glasgow at that time. The then Rangers manager, Graeme Souness, called Dick and wanted him to sign for the club. Dick warned Souness that he was a Roman Catholic but was assured that religion was no longer an issue at Ibrox. However a Scottish daily newspaper, The Daily Record, got hold of the story and on it’s back page ran the headline ‘RC (Roman Catholic) signs with Rangers’. The fact that there was no mention of Dick’s name, only his religion, sums up everything about those times. It was to be a further 3 years until the signing of Mo Johnston broke that particular taboo.

With the Rangers deal going nowhere, the next call Dick received was from Ajax. The story goes that Johan Cruyff wanted to sign the Rangers player, Davie Cooper and contacted Graeme Souness. Cruyff was told that Cooper was not for sale but was told to take a look at Ally Dick instead. Whatever the truth of the matter, Dick was invited over to Ajax and after playing 5 games in 5 days was asked to sign for the club. 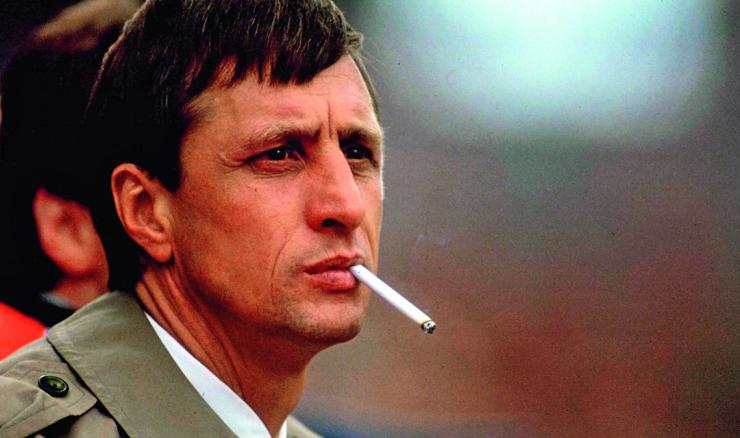 The Ajax team that Dick joined in 1986 was a talented one that included the likes of Dennis Bergkamp, Marco van Basten and Arnold Muhren. There is another story that in one of his first matches, Cruyff asked Dick not only to hit the byeline, but when he crossed the ball, to pick out the blonde guy on the edge of the penalty box. He did this four or five times and on each occasion the blonde player hit the ball into the top corner of the net. Dick later asked for the name of this player and was told it was Ronald Koeman.

The first 4 months of Dick’s Ajax career went well and he was a first team regular. Unfortunately, in a Cup Winners Cup tie against Olympiakos he suffered a serious cruciate ligament injury which put him out of the game for a year. Although he subsequently played in one leg of the 1987 Super Cup final and sat on the bench for the 1988 Cup Winners Cup final against Mechelen, the injury meant that he had lost much of his pace which was his greatest asset.  When Dick was informed that Celtic might want to sign him, he told Johan Cruyff that he was interested. As Dick himself said “Someone told me later that you never say to Cruyff that you want to leave Ajax. I didn’t do myself any favours there.”

The move to Celtic came to nothing and Dicks’ time on the main stage had run out at just 23 years of age. After a short spell in England with Brighton he moved to South Africa where the warm weather and gentle training was good for his knee. There was a year spent in Australia and then a further five years back in South Africa where he was player-coach with the Seven Stars club, now known fittingly, given Dicks’ time in The Netherlands, as Ajax Cape Town.

In the South African off season Dick used to return to Scotland and train with Alloa Athletic. Another ankle injury, while playing for Alloa, prompted Dick to retire in 1997 at the age of 32 and move permanently back to Scotland. Although he mainly kept away from football he did make occasional appearances for Ajax in the Sky Sports Masters tournaments. In 2010 his local club, Stirling Albion, asked him to coach their youth teams. Dick appears to have subsequently left this post and according to the ‘where are they now’ website of former Tottenham players is currently working for a newspaper distributor in Edinburgh.