Just like the youth academy of Ajax, Barcelona is known for having one of the best youth systems in the world. At the time when Louis van Gaal was head coach of the Catalan club, the Dutch coach granted several youngsters their debut in Barcelona’s first team. One of them was Gabriel Francisco García de la Torre, better known as Gabri.

A few months before the end of the millennium, on August 22nd 1999, Gabri made his first appearance in the Blaugrana shirt. At the time, Barcelona had five Dutch players in the starting eleven in the likes of Ruud Hesp, Philip Cocu and ex-Ajacieden Michael Reiziger, Winston Bogarde and Patrick Kluivert. However, it was Barcelona’s current head coach Luís Enrique, who saw his number appear on the substitution board in the 58th minute. The Spanish midfielder got replaced by Gabri, who made his first of the eventual 128 appearances he would make for the Catalan club.

The game against Zaragoza would end up in a 2-0 win, helping Barcelona finish second in the league behind first time champions Deportivo La Coruña. However, despite having extremely talented players in the team with the likes of Luís Figo, Rivaldo and Kluivert, it wasn’t until the 2004/2005 season that Barca would reclaim the Spanish title. The Catalans didn’t even reach the final of the domestic cup inbetween the two championships, so Barcelona fans had a trophy drought for six years, something that is almost impossible to imagine nowadays. Gabri however, only played four games in the 2005 title winning season. The midfielder tore his ACL in december of 2004, which meant he was ruled out for the rest of the season. The winning of the league gave Barcelona a huge boost in Europe and under the reign of Frank Rijkaard off and Ronaldinho on the field, Arsenal was beaten in the 2006 Champions League final (2-1). Possibly because somehow Dennis Bergkamp was placed on the Arsenal bench for the full 90 minutes. Gabri’s input in Barca’s first European success since 1992 was extremely limited however. The then 27 year old was left out of Rijkaard’s Barca’s squad. 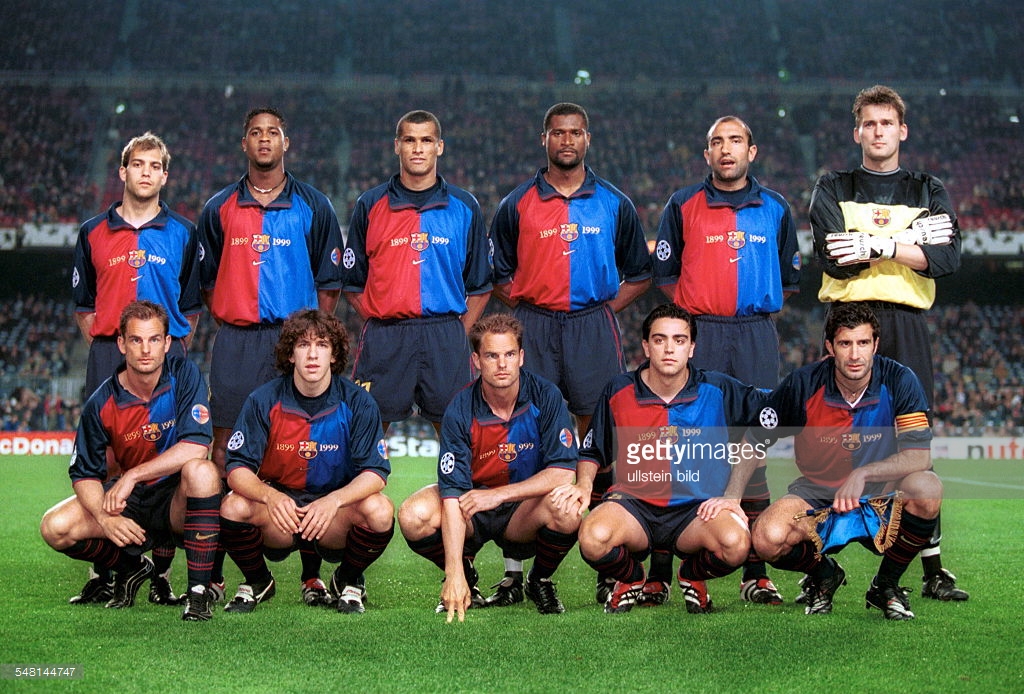 The following season, Rijkaard’s assistent coach Henk ten Cate decided to leave Barcelona to become Ajax’ head coach. The coach from Amsterdam wanted to bring an experienced player with him and because of Gabri’s poor prospect at Barcelona, he decided to follow Ten Cate to Ajax. In his first season, Gabri and Ajax started off great by beating PSV 3-1 for the Dutch Supercup in the beginning of the season. In the league that season, Gabri was of great importance to Ajax by playing 31 league games. Despite playing great matches, of which the 1-5 pounding of PSV in Eindhoven probably was the most memorable, the league ended in a traumatic way. On the last day of the season, AZ Alkmaar were the favorites to win the league. All they needed to do was to beat Excelsior. However, AZ couldn’t cope with the pressure and lost in Rotterdam. PSV and Ajax had the same amount of points and suddenly both were big contenders for the title, though Ajax had a better goal difference than PSV. Despite many created chances, Ajax only beat Willem II 0-2, while PSV beat Vitesse 5-1. In the end it meant that PSV won the league, because Ajax needed a third goal to surpass PSV’s goal difference.

However, the season wasn’t over yet since Ajax still had to play the national cup final against AZ. The match started off terribly for the Amsterdam side after an early goal by Moussa Dembélé. However, Klaas-Jan Huntelaar wouldn’t be Klaas-Jan Huntelaar if he wouldn’t score a goal and so that’s what he did in the beginning of the second half. With the score at 1-1, the game was balanced until Gabri got a red card for hitting Demy de Zeeuw. AZ got some good chances to decide the game in their favor, but also in extra time no more goals would follow. A penalty shoot out had to decide the winner and after many penalties and a Ryan Donk miss, Ajax’ captain Edgar Davids made sure the cup would go to Amsterdam.

In the following season, Ajax would win the Dutch Supercup again, this time with a main role for Gabri. In the 43rd minute, the Spaniard scored the only goal of the match against PSV, securing the second consecutive Dutch Supercup in a row. Despite starting off the season in a good way and signing Luís Suarez from FC Groningen, the league league title went to PSV for the fourth season in a row. Gabri’s input in the team was slightly less than the previous season, playing 26 league games. On European and national cup level it was a disastrous season. Slavia Prague turned out to be an unbeatable force in the Champions League qualifiers, after which Dinamo Zagreb, with the likes of Luka Modrić and Mario Mandžukić, knocked Ajax out in the first round of the UEFA Cup. In the national cup, NAC Breda turned out to be the better side in the round of 16.

The 2008/2009 season would turn out to be another trophyless season, seeing Ajax finishing behind second placed FC Twente and champions AZ, who got their revenge for the 2007 fiasco under the reign of Louis van Gaal. Ajax reached the final 16 of the UEFA Cup after a memorable victory of Fiorentina, but the French side was stronger after extra time. The national cup campaign went disastrous again, being beaten by FC Volendam in the third round. Partially because of several injuries, Gabri became a more and more regular substitute, playing only 21 games in all competitions that season. 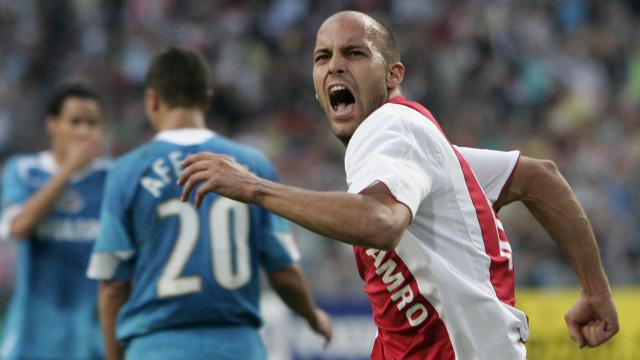 The next season under Martin Jol was one to not soon forget. Ajax had incredible power in their forward line with Suárez, Pantelic and Siem de Jong, scoring 106 goals in the league and finishing with 85 points. Incredibly enough, it wasn’t Ajax but FC Twente who won the league with one point more. In Europe, a decent Ajax survived the group stage but got knocked out by Juventus in the following knock-out stage. However, the national cup campaign would turn out to be successful. In a unique two leg setting, Ajax trashed rivals Feyenoord in the Amsterdam ArenA as well as in Rotterdam (2-0, 1-4). However, Gabri’s injuries made playing in any of the two memorable finals impossible. The Catalan saw fellow midfielders Eyong Enoh, Siem de Jong, Christian Eriksen, Demy de Zeeuw and Nicolás Lodeiro being started or subbed on the midfield positions during the final and most part of the season.

After the 2009/2010 season, Gabri decided to follow his former (assistent) coach Henk ten Cate to Umm Salal to compete for the championship in Qatar. Gabri eventually played a respectable 86 games for Ajax, in which he scored seven goals. After short spells at FC Sion and FC Lausanne-Sport in Switzerland, Gabri decided to end his career because of the growing amount of injuries. After his career, Gabri told he had the ambition to start his coaching career. At the moment, he is assistent manager at Barcelona B: the team where his career started. Perhaps, one day, the assistent coach will follow the track of his player career and end up sharing his experiences with Ajax academy players.